I was awarded access to the AI based image generation tool from OpenAI called Dall-E 2. It accepts as input detailed text and generates an image corresponding to the text. It is similar in spirit to OpenAI codex which accepts also a text string and generates code that is given in the query. As such, a new area of work called “prompt engineering” arose, which consists of finding the right prompt to generate the desired piece of code or the desired image.

For instance, I read an article by Zulfu Livaneli in the (Turkish) newspaper Oksijen about a visit by Ottoman Sultan Abdulaziz to the French city of Toulon.

I thought the story was pretty interesting and tried to visualize how the visit must have taken place. (The article contains an illlustration of the emperor’s being received in Paris but not with his fleet in Toulon). I wish there was some kind of news media that had filmed the event. So I tried various prompts to generate an image that reflects this historic visit. I came up with this: 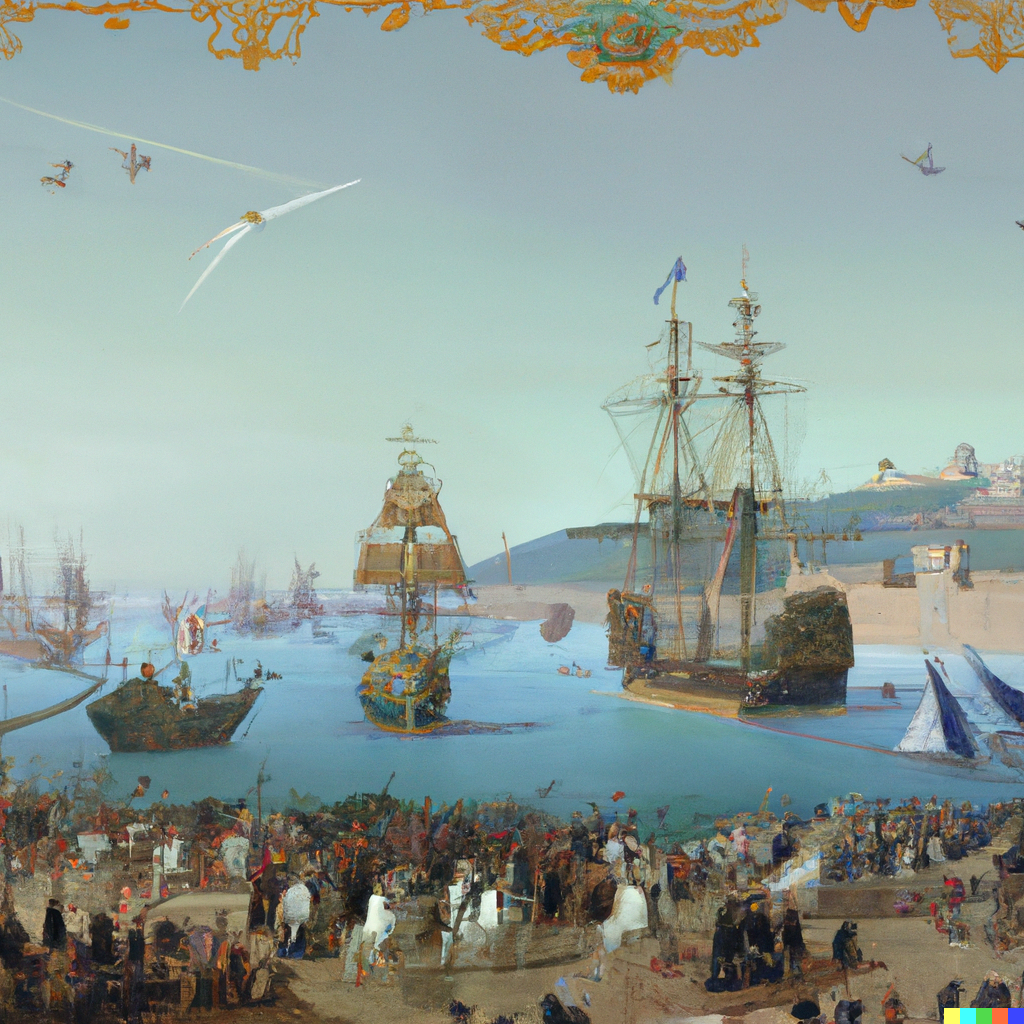 “a rendering of Ottoman Emperor Abdulaziz visiting France, arriving to Toulon with his fleet and being received by the French aristocracy”.

Update Aug 21: The guardian article on Dall-e 2 talks about similar ideas already executed by major magazines such as the Economist.